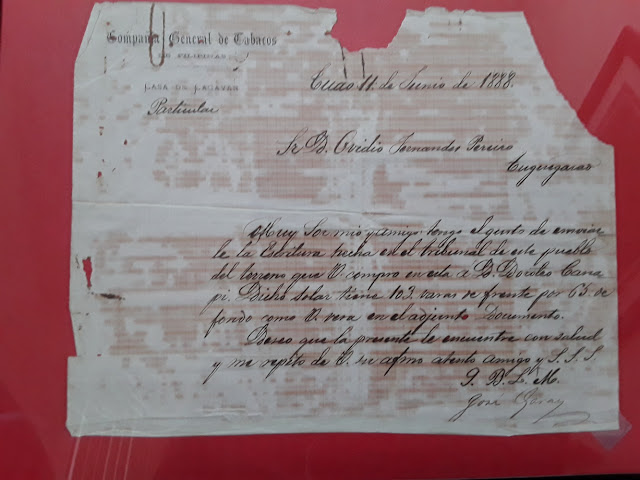 When the Spanish Galleon San Clemente arrived in Manila in 1592, there were 50 kilos of Cuban tobacco seeds in the ship’s hold.  Historical records indicate that these seeds were later planted in the Cagayan Valley by Catholic friars. The soil and climate of the Ilocos region and the Cagayan Valley were observed to be the best for planting and growing tobacco crops.

In addition to gaining revenue for the Spanish government, the Spanish colonizers must have recognized that it was also an opportunity for them to get rich. In light of that, they started commercializing the growing of tobacco and established the Tobacco Monopoly in 1782, giving them full control of the tobacco industry. The monopoly gave them the power to regulate the processing of tobacco leaves into cigar and cigarettes, as well as their retail. These and among other regulations were deemed abusive and generated distress among the Ilokano tobacco farmers whose months of back-breaking labor would garner only a measly sum for them at the end. General discontent was running high and in 1788, an uprising started in Laoag.

Growing tobacco is a long, tedious  and complicated process: seed preparation  involves wrapping the seeds in cloth and soaking them in water for two days and then hanging them until they sprout.

Once they sprout, they are mixed with ashes, fertilizer and insecticide. Next, they are uprooted and brought to the prepared field to be transplanted. To promote growth and development, the plants are topped, leaving only 12 leaves per plant. Approximately three months later, they are harvested and the top portion of their midribs are sliced off to hasten the drying of the leaves. The leaves are then strung through the “tudok”, a long bamboo stick that is sharp at one  end. They are then hung on a framework of bamboo under the sun to dry for three days or  they are transferred to  the “pugon” [the wood-fired barns] to be cured. The “curing” in the “pugon” would give the leaves a golden-yellow tinge.

For the Spaniards, it was a very lucrative business, a zero-sum game. For the Ilokano farmer, it was back-breaking work that bred resentment especially when they were being forced to produce more. It was a combustible mix. This abusive tactic created hostility which finally escalated into a rebellion.

Over 1,000 rebels joined the uprising in Laoag in 1788. It was quickly tamped down by the intervention of the parish priest of Batac, Fray Pedro Blaquier who later became the Bishop of Nueva Segovia [now Vigan].

Resentment and discontent simmered down but several decades later, residents of Batac resumed the protest.  They were fed up by the arrogance and abuses of the Spaniards in the buying and selling of tobacco. Records show that a certain Genario was carried by his arms and legs to the plaza and was about to be killed when the lieutenant of the Guardia Civil interfered.

As if to warn against more uprising, the Spanish authorities in Laoag built the Tabacalera Building as the place to administer the monopoly in Ilocos Norte. It was a symbol  of authority and control.

Although Ilokanos were known for their patience and forbearance,  they were and are the type of folks who refused to be “doormats.”  More uprisings were brewing. Fortunately, the King of Spain who was known as “El Pacificador” or “the Peacemaker” abolished the Tobacco Monopoly in 1882.  King Alfonso X11’s reign was short but it was him who  established the foundations for the final socioeconomic recuperation of Spain after her 1808-1874 crisis. That he extended such “charity” to Spain’s colonies was indeed a blessing. Ilokanos rejoiced at this royal decree  and expressed their gratitude by erecting a monument that stands in the middle of the city plaza  to this day.  On the  now 140-year-old statue is an inscription originally written in Spanish—”A Su Magestad El Rey D. Alfonso XII  Q.D.G. Agradecida Por Desestanco Del Tabaco!” [To His Majesty King Alfonso XII—may God keep him!]. He died in 1885, 13 years before Islas de Filipinas was granted her independence.

Noralyn Onto Dudt  was born in Batac, Ilocos Norte where tobacco fields abound when she was growing up. She saw firsthand how tobacco leaves were strung into the “tudok” and cured in the “pugon”