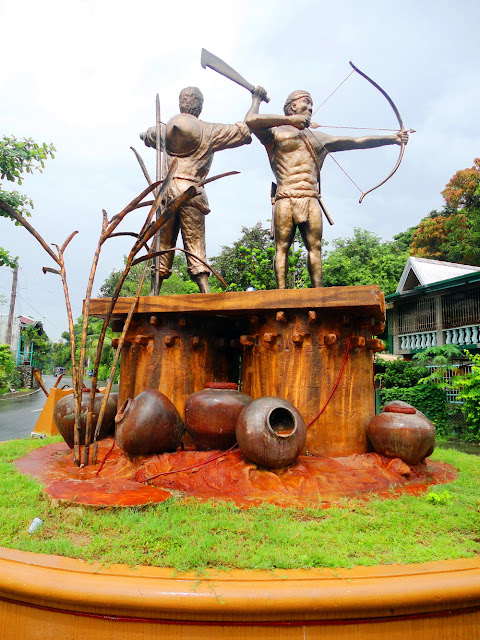 BASI, THE Ilokano alcoholic beverage made from sugarcane juice that is fermented  and aged in a “burnay”,—a traditional earthenware—has been an integral part of the Ilokano culture even in pre-Spanish times. In his study on the “Basi Revolt”, researcher Jayson Antonio suggested that during those times basi “was one of the few—and free—pleasures in life available to the masses.” They drank it after a day of hard work in the fields, they drank it when celebrating the birth of a child, they drank it to toast a couple getting married, and they drank basi in a ritualistic ablution after a funeral. From childbirth to marriage and  to death, it was part of their ritual,  tradition, and daily life.

Commercial basi is produced by first crushing sugarcane and extracting the juice. The juice is then boiled in vats and then stored in earthen jars. Once the juice has cooled, flavorings made of ground glutinous rice and duhat (plum-like fruit in the tropics) or other fruits are added. The jars are then sealed with banana leaves and allowed to ferment for several years. If fermented longer, it turns into “suka” or vinegar. It’s not at all a complicated process. It just needs time and patience which are attributes  that  the Ilokanos are well-known. Almost every household in the old days could produce its own. Basi was a rather inexpensive addition to family celebrations and before the advent of Coca-Cola, 7-Up and other commercial beverages, it was a convenient commodity when socializing with friends and neighbors.

It was in 1807 when this cultural tradition was suddenly disrupted.  The Spanish colonial rulers decided to ban private manufacture of basi. It was decreed that only the government could produce basi and only through  government stores that  basi could be bought. A decree that was brazen, unkind and unjust. It was obviously another way of humiliating the masses into submission. The people took it as another form of control and abuse. Anger stirred, resentment festered, frustrations grew and an uprising started to brew.

The uprising started in the town of Piddig, which was  one of  the Ilocos towns that produced basi.  The neighboring towns of Laoag, Batac, San Nicolas, and  Badoc soon followed. As the rebels led by Pedro Mateo and Salarogo Ambaristo marched toward the capital of Vigan, the Diego and Gabriela Silang revolt 44 years earlier must have been still fresh in their minds. Though the Silangs’ revolt  did not succeed as planned, it was inspiring nonetheless. It set the stage for future revolts. Gabriela Silang’s extraordinary courage inspired hope and communicated  a vision that freedom from oppression was not unreachable.  Little did they know that Spanish colonial forces who were getting accustomed to experiencing these rebellions in the last 50 years were waiting for them on the banks of the  Bantaoay River in what is now San Ildefonso, Ilocos Sur. As the rebels armed with their bolos, sharpened poles and all sorts of improvised weaponry crossed the river, bullets started raining down on them. They must have known that their weapons were no match for the more modern muskets and rifles that their colonial masters wielded. There were hundreds who  died that fateful day and those who survived were hanged and their heads pierced with wooden poles as warning to anyone who might be plotting another rebellion. A tragic ending such as this and the previous Silang’s revolt earlier they must have known, but the Ilokano tenacity, determination and perseverance prevailed.

“Even birds that freely roam the sky

Loudly weep when not allowed to fly

How much more for people who have

How they yearn for freedom, love, and rest”.

The Basi Revolt lasted 13 days. With a series of unrest, the province of Ilocos  was becoming administratively unmanageable prompting the colonial government to divide the province into two: the current Ilocos Norte and Ilocos Sur, a long narrow strip of land wedged between the Cordillera Mountains and the South China Sea. It’s a land  where people are industrious, resilient, thrifty, loyal, conscientious, and tenacious. Given the right circumstances and the availability of a leader with good leadership skills and integrity, the Ilocos  would have made a great Ilocano nation.

[Noralyn Onto Dudt whose Ilokano roots led her to do research on Ilocos history during the Spanish colonial era believes that had the Ilocos been freed from Spain much earlier than Spain’s defeat in 1898, it would be an economic powerhouse today with the likes of Singapore, South Korea, and Taiwan.]