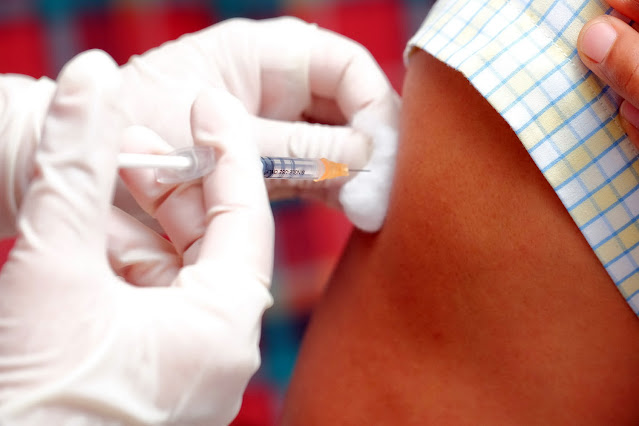 NOW THAT a big chunk of the world population has had at least two doses of the coronavirus vaccine, scientists are focused  on designing a vaccine that is broadly protective and would last a long time. A tetanus-like shot is now the goal. The tetanus vaccine that my physician jabs into my arm every 10 years was designed to last 10 years. And now it’s a scientist’s dream to develop a vaccine for the Coronavirus that would last 10 years. The National Institutes of Health having taken that into account, awarded US$36 million to scientific teams last fall who were trying to answer basic questions that would lead to a breakthrough.  At a minimum, the world needs a truly variant-proof vaccines. Even better would be a vaccine that would stop a future pandemic—protection against a yet-unknown coronavirus.

The first versions of coronavirus vaccines were powerful. From the virus that emerged in 2019, spiky proteins were taken from their surface and were tweaked to keep the spikes in the right shape—and then “presented” those spikes to the immune system. The next-generation vaccines, the ones built to  stop future pandemics, will surely require greater sophistication.

A New England Journal of Medicine study last year demonstrated that, at least in concept, it was possible to generate broad immune protection against many viruses. Researchers in Singapore showed that survivors of the original SARS outbreak two decades ago who were vaccinated against SARS-CoV-2 produced antibodies capable of blocking an array of variants and other coronaviruses. But making a single vaccine that works against such a wide range of viruses is tricky, and the beta, delta and then omicron variants recalibrated some of that sweeping ambition.

Vaccines teach the immune system to recognize a virus. This is often done by presenting a version of the virus—which simply could be a telltale feature, such as the spikes on the outside of the coronavirus. The power of these new vaccines stems from  which feature they show and how they present it. Virus fragments are assembled onto many-sided nanoparticles, resembling the way the spike might look on the surface of the virus itself—an approach that helps focus the immune response.

The immune system has evolved to respond strongly to repetition.  “Viruses have repetitive arrays of proteins on their surfaces,” said a biochemist who is currently working on a variant-proof vaccine candidate in human trials.  He said that the reason  nanoparticle vaccines work better, is that they present the antigen as a repetitive array to provoke that strong response.

Teams of scientists worldwide are currently working on a vaccine that shows the immune system “chimeric” spikes.  Like the Chimera creature of Greek mythology—with the head of a lion, the midsection of a goat and the rear-end of a serpent—these vaccines use spikes patched together from fragments of different coronaviruses.  A piece from SARS-CoV-2, SARS and two bat coronaviruses, for example. California Institute of Technology researchers created mosaic nanoparticles with fragments from four to eight coronaviruses.

The quest for a truly universal vaccine is urgent, but many experts caution that it’s a far different challenge than creating the first-generation vaccines. It’s a challenge that is galvanizing the scientific community with an intense pressure  for worldwide collaboration. The precise approach that will form the best universal vaccine is still a matter of scientific debate.  But this much is for sure: Updating vaccines every six months is not going to be a reasonable—or equitable—way to protect people globally. The experience with the variants as they emerged has not been the best strategy.

Discovering that antibodies exist that are capable of recognizing and neutralizing a broad array of viruses is key. But learning to trigger them to create a shield of protection could be more complicated than it sounds.

It might not be enough that people can generate antibodies to block a variety of coronaviruses. The challenge is whether a vaccine can generate sufficient quantities to protect people. In HIV, for example, antibodies that block many strains of the always-mutating virus have been isolated in people with long-term infections. But using a vaccine to replicate what nature can accomplish has loomed as the holy grail for the field.

The plan to stop a future pandemic is on the right track. Scientists worldwide are putting an all-out effort. But success in stopping or curbing a pandemic requires a unified approach, full collaboration and coordination by public officials worldwide.

(Noralyn Onto Dudt has made a hobby of writing narratives by breaking down complex facts and explaining them in their simplest forms.)