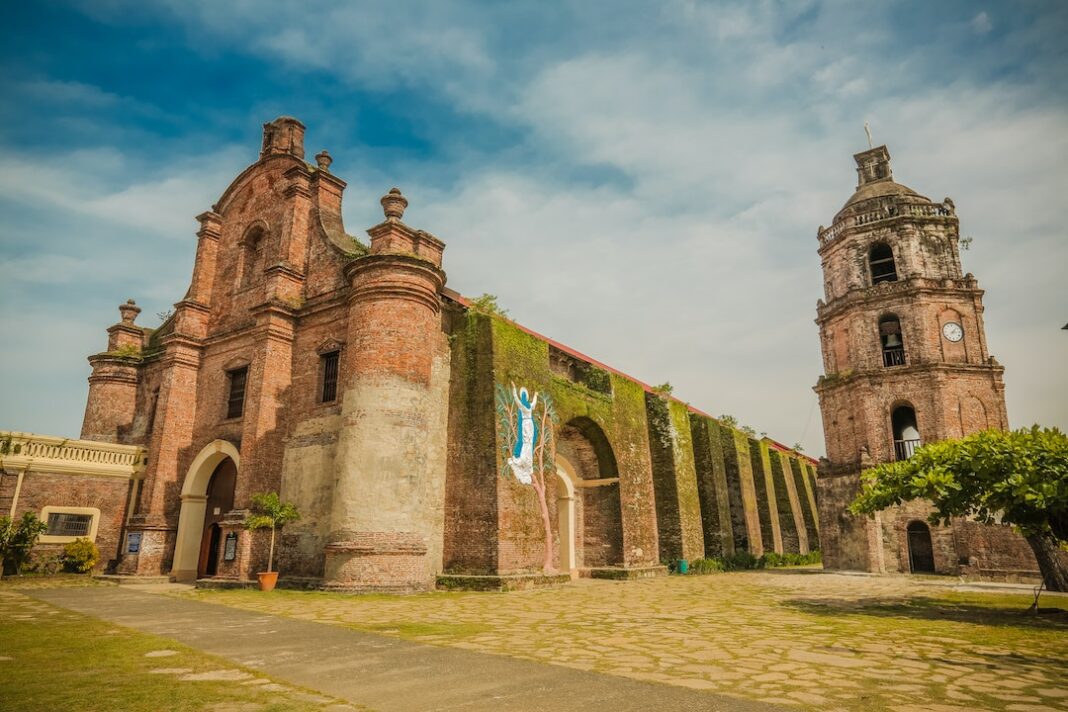 (First in a series)

OF THE FOUR that are categorized as baroque earthquake churches in the Philippines and are  in the UNESCO World Heritage list,  two of them are in the Ilocos region: the San Agustin Church in Paoay, Ilocos Norte and the Nuestra Senora de la Asuncion in Santa Maria, Ilocos Sur. Both the Paoay church and Santa Maria church were built in portions throughout a century, started in  1694 for Paoay; and the Santa Maria in 1618. Father Antonio Estavillo, a friar and an architect incorporated many Baroque features in the design and made sure these structures would withstand the elements.

The Augustinian friars were the founders and first apostles of the Catholic faith in the Philippines. They were instrumental in establishing the first Catholic missionary settlements throughout the archipelago especially in Northern Luzon. The missionaries were led by the navigator and Augustinian friar Andres de Urdaneta when King Philip of Spain sent a Spanish fleet with five Augustinian friars on board the Galleon.

At first, the friars used local materials such as bamboo to build chapels. They soon  started dabbling with  bricks and local coral stones. The first buildings however were damaged by earthquakes, typhoons and fire.  The friars soon learned that there must be a better method which was marrying bamboo with bricks or stones.

Durability is one of the three  characteristics of good architecture.  The other two are utility and beauty. “Firmatis, Utilitas, Venusitatis” ( durability, utility, beauty) were deemed essential by the Roman architect Marcus Vitruvius Pollio in his treatise De Architectura over 2,000 years ago.

As the friars settled the land, they  soon came to recognize that their new home was very much unlike where they came from,  an arid place that was Spain. Unlike Spain, their new home had incessant rains  and  was prone to a variety of natural disasters: typhoons,  earthquakes, and volcanic eruptions.

It was an awareness that they took seriously and they were determined that whatever they built must  be able to withstand earthquakes and typhoons. This knowledge also prompted them to build the bell tower away from the church building so that neither one would  damage the other in case one of them collapses.

The friars must have understood back then that using bamboo instead of rebar inside the bricks or inside hollow blocks would keep the church from  totally collapsing in an earthquake.

Comprehensive engineering comparisons between bamboo and steel concrete reinforcements have not been made to date. Steel reinforcements specifications vary over a wide range of strengths. Bamboo also varies on how it is treated and its strength can vary over time due to moisture absorption or even attack from termites from which it needs to be protected. However,  research indicates that bamboo is a viable and a renewable source of material for concrete reinforcement. Interestingly, it has been noted that steel reinforcements can act as stress concentrators with concrete portions spalling off and underlying exposure of the steel. In addition to lowering strength, the damaged structure reinforcements would be exposed to degradation from corrosion and further damage over time to stress fatigue factors.  The bamboo which is less dense and has its primary strength in longitudinal (“stem”) direction may be more pliable and resilient with less vulnerability to dynamic forces generated by earthquakes.

Bamboo is a fast-growing grass. Its unique properties come from the natural composite structure of fibers that consists mainly of cellulose microfibrils in a matrix of intertwined hemicellulose and lignin called lignin-carbohydrate complex. Although it is strong, it’s not rigid. Its advantage is its pliability—instead of breaking in gusty winds, it sways.

The fact that these churches which are centuries old are still standing verifies what was always known:  that bamboo-constructed buildings performed extremely well during earthquakes. These structures are quite unique in their Firmatis, Utilitas, Venusitatis ( durability, utility, beauty) that they are considered to have an outstanding value to humanity and listed in the World Heritage site of the United Nations Educational, Scientific and Cultural Organization ( UNESCO).

Next: the reconstruction of the St. Joseph Church of Dingras by Evita Castro de Alban

Noralyn Onto Dudt is appreciative of the information on steel that her husband Philip J. Dudt, a retired metallurgical and structural engineer provided for this article.SHARE